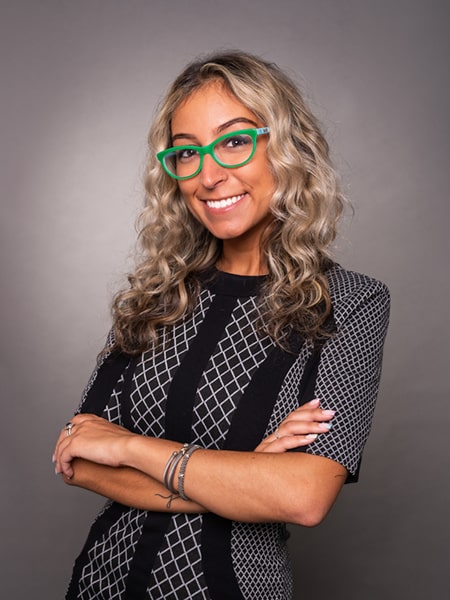 Jordyn grew up in Cherry Hill, New Jersey, and moved to Philadelphia to study at La Salle University. Jordyn graduated from La Salle in 2018, receiving a B.A. in both Criminal Justice and Sociology. Although always having an interest in a career involving criminal justice, it was during her undergraduate studies that Jordyn realized she wanted to devote herself to the legal field.

Jordyn relocated to South Carolina in August 2018 to attend the Charleston School of Law. During her time in law school, Jordyn received a CALI Award in Legal Research, Analysis, and Writing and became an editor for Resolved: Journal of Alternative Dispute Resolution. Jordyn completed her Juris doctorate program a semester early, graduating in December 2020, and was admitted to the South Carolina Bar in April 2021.

Jordyn began working as a law clerk at Kidd Corvey & Simpson, LLC during her first year of law school and continued to learn from and work with the partners of KCS over the next two years until joining Culver Kidd as an associate at his new firm, Kidd Law Firm, LLC. Jordyn’s focus is now on Personal Injury and Intellectual Property cases.

Outside of the office, Jordyn enjoys spending time with her friends (and her cat, Ringo), being by the water, and traveling. When Jordyn’s not hard at work defending her clients, she’s working just as hard supporting Philly sports teams.